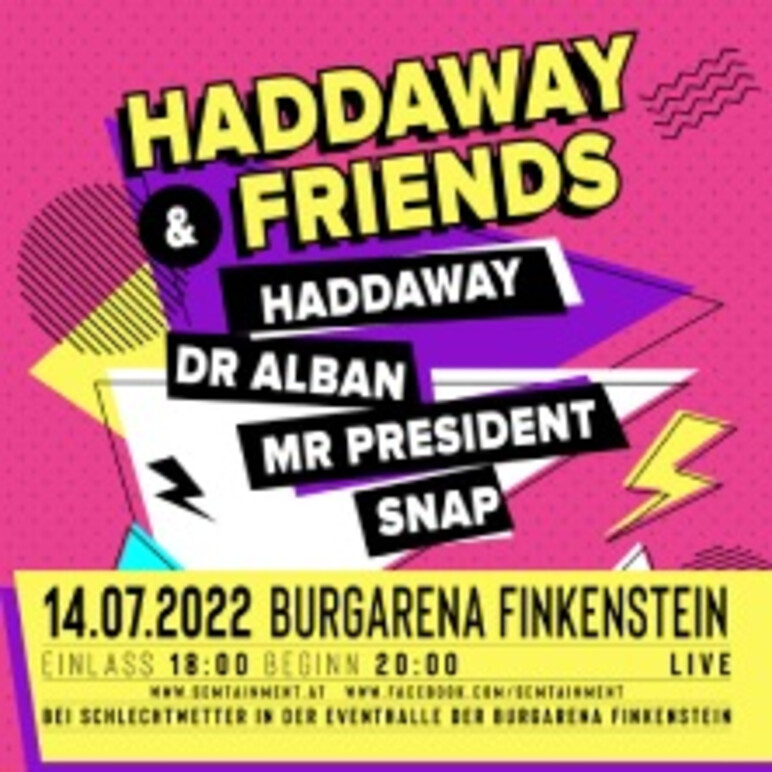 A pop music artist licensed to BMG Music, Haddaway scored a huge crossover hit throughout Europe with the anthemic ‘What Is Love’ in 1993, followed by the equally captivating ‘Life’.

What is love, is more than a song, it's the question that resonates across generations, speaking about the strongest emotion of the human beings. The unique, everlasting hit, remains a glorious tribute to the enthralling spirit of the 90s. Still captivating, moving and bringing together people across the world - the anthem remains the memorable, stand alone hymn that transcends through generations & time.

The artist grew up in Washington, DC, USA, before relocating to Cologne, Germany.

Backed by the songwriting and production expertise of Trime, Halligan and Turello, ‘What Is Love’, originally written as a ballad, reached fastly number 1 globally,stormed the charts from the Billboard Charts to the Eurocharts.

"What is love|" appertained up to 52 weeks at world-wide Top 10 Charts and even today is part of the Top 100 Airplaycharts of the USA. Not only that but the song reached top 2 in Canada, while being number 1 in the European & Zimbabwe top charts.

"What is love" quickly became a standard popular request – and still is today – in every club, not just in Europe but globally. Twice winner of the Echo prize, and, with sales of over 28 million, the owner of numerous platinum, gold and silver records, Haddaway is one of the pop music world’s global players. It later reached number 11 on the Billboard Hot 100.

His second single "Life" hit number 2 in Germany, number 6 in the UK and number 41 in the USA; "I Miss You" and "Rock My Heart" were also top 10 smashes across Europe and established him as a successful Eurodance artist. His first LP The Album was also a multi-million seller.

"What Is Love" enjoyed a resurge in popularity as the theme music for the head bobbing, nightclubbing addicted Butabi brothers (Will Ferrell and Chris Kattan) on Saturday Night Live and the subsequent film A Night at the Roxbury. The song was also featured in a 2008 PEPSI commercial (for diet Pepsi Max) which parodied the Leitmotif and included several stars including LL Cool J, Missy Elliot, and Busta Rhymes.

The music of Haddaway can be defined as a boomerang, as it always comes back with its iresistible hooklines, moods and sounds - that are still so recent and adaptable to nearly all stages, discos & clubs and remains in the top 40 of the Austrian Charts, Belgium Ultratop, official German charts and much more.

On the 2010 Eminem album Recovery, a sample of the song "What Is Love" is used for the track "No Love" featuring Lil Wayne.