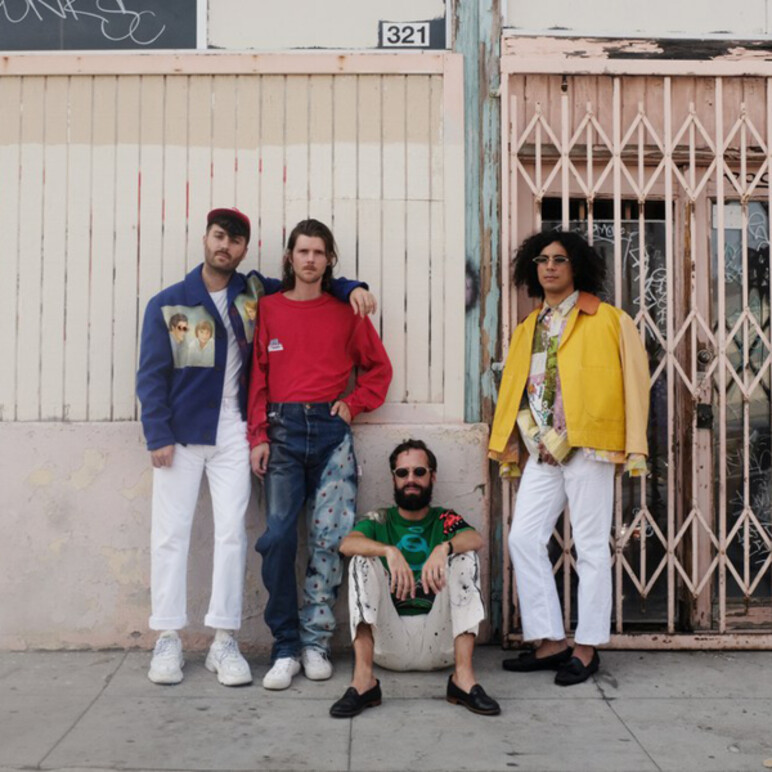 Two years after their visionary EP ‘The Shapes’, and nearly ten years after the internationally success of their debut album, Illumination, which put them on the map, Miami Horror has returned with a fresh collaborative sound. Their new singles ‘Restless’ and ‘Luv Is Not Enough’ bring us a combination of dreamy lo-fi funk guitar, mixed with 70’s era drums, and a sultry soulful vocal. ‘Restless’ can be seen as a stepping stone towards the new band vision, marrying funky elements of their past with a soft upbeat almost-RNB vocal, while ‘Luv Is Not Enough’ shows us tender, passionate vocals by Clear Motifee. The release of these songs comes along with an announcement of a third full length album in the works, with a release date to be set in 2020. When asked about the new album Plant said, „I’m feeling like things have come full circle, a friend recently played Illumination to me, it was the second time I’ve heard it in full since it came out. It was a really grounding moment that makes me appreciate what I saw in music back then. It’s an experience, a really tangible but unexplainable feeling. I’m really hoping to bring that spirit and sense of adventure back on our 3rd album”.

Miami Horror have proved crowd favorites with over 100 million combined streams, and performances at festivals like Coachella, Governors Ball, Electric Forest, Splendour in the Grass, Beyond the Valley, Just Like Heaven, Ecuador’s Funka Fest and Mexico City’s Corona Capital Festival after North American and Australian headline tours with sold out dates around a new live show.

Living between LA and their hometown of Melbourne, the project has grown from this dichotomy, continuing to evolve and transform. Going forward, we can expect a continuously evolving group of vocalists and an au courant Miami Horror band experimenting with new sounds and voices. With latest offerings ‚Restless‘ and ‘Luv Is Not Enough’, and a promise of a continued flow of new singles, listeners are allowed a glimpse into the new era of Miami Horror, one oozing with unexpected collaborations and fresh sounds.